STEAMShip have developed a number of educational projects that are both curriculum based and make use of highly engaging rich-media content to achieve the learning and communication objectives of our clients.

Educational programmes that we have developed have been used within the following:

Our clients love our ability to create innovative, engaging and comprehensive materials. We deliver projects that ideally combine Education and Entertainment providing the students with enjoyable and invaluable experiences. 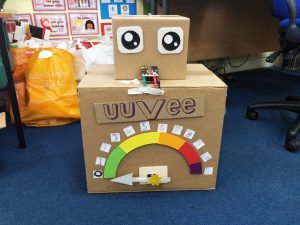 We were asked to deliver a workshop to a class of key stage 2 children on the subject of science and the outdoors! Thinking back through our previous tinkering sessions we remembered a great project on UV protection that fitted the bill perfectly, so set to work to adapt this to suit a larger group of children.

Feedback from Combe Down Primary School

“Another very BIG THANK YOU for your amazing project. We loved every aspect of it, and have had our Science/Outdoor Week started in the most dynamic and fun of ways! I’m not quite sure how we will match this for the rest of the week!” 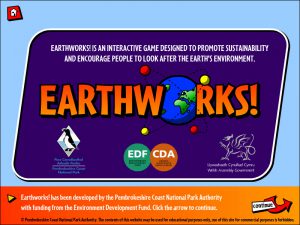 Earthworks is an interactive game aimed key stage 2 students to encourage them to be more aware of sustainability issues and the environment.

Earthworks was launched at the Welsh National Eisteddfod and has been featured in an exhibition at the National Museum of Wales, where it was reported to be one of the most popular exhibits. Following on from the initial success of the project we were asked to take this project further, by designing a range of schools’ worksheets and activities to accompany the game in the classroom.

Feedback from the National Park:

“The project, involved the design and creation of an interactive website game for children, Earthworks, based around the theme of sustainable development. The Authority was very pleased with the innovative, high quality product and it has been extremely successful with its intended audience.

Due to the success of Earthworks, a second project was commissioned by the three National Parks in Wales. This involved producing an quiz app for use at events and on the Parks’ websites.” 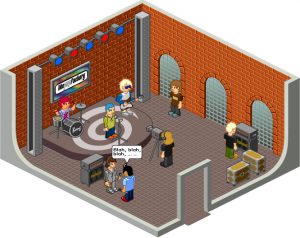 STEAMship developed a groundbreaking interactive based learning programme for young people aged 14-25 for The Pop Factory.

The project included a suite of apps based around TV, Music, Radio and Art that enable the learning content to be delivered and assessed whilst retaining the entertainment factor . The applications are designed to engage and transfer information and skills, and hands-on practical activities that motivate and encourage high levels of participation. The first suite of applications give a taste of the TV industry by giving them simple tasks to complete, such as producing a video presentation from a selection of clips.

Feedback from the Pop Factory

“The creative input you have provided has enabled us to achieve results that have generated major impact with our clients, strategic business partners and audience members.

Your efforts and deliverables have more than met our expectations and have fully justified our initial decision to select you over more established companies as the development partner for our requirements.”