Hello, I’m Kelly Stanford, a 23 year-old Manchester-based artist who likes to explore novel ways of using the visual arts as a form of science communication. My first ventures into sci-art started during my college art studies when there was a resurgence of public interest in scientific projects such as the Large Hadron Collider at CERN proving the existence of the Higgs Boson and the Rosetta spacecraft putting its Philae lander on a comet. It was at this point I started doing my own research into particle physics despite not having any prior scientific background. I became hooked, reading the latest issues of New Scientist and CERNs website was naturally turned into my browser homepage for a long stretch of time. This proved to be an excellent choice as it often posted open day opportunities that I applied for, resulting in me flying over to CERN’s Meryin campus in Geneva, Switzerland to see the ATLAS detector (one of four main experiments around the 27km LHC ring that are used to ‘photograph’ collision events and interactions). The trip would become the basis of my third-year main project, exploring the relationship between nature and particle physics by abstracting the detector hardware and transforming it into natural forms. While producing these pieces I had students and staff alike come up to me asking questions about these subjects. I realised that the art element made it seem more accessible to those from a non-science background, so I focused on developing this further when I got to university. 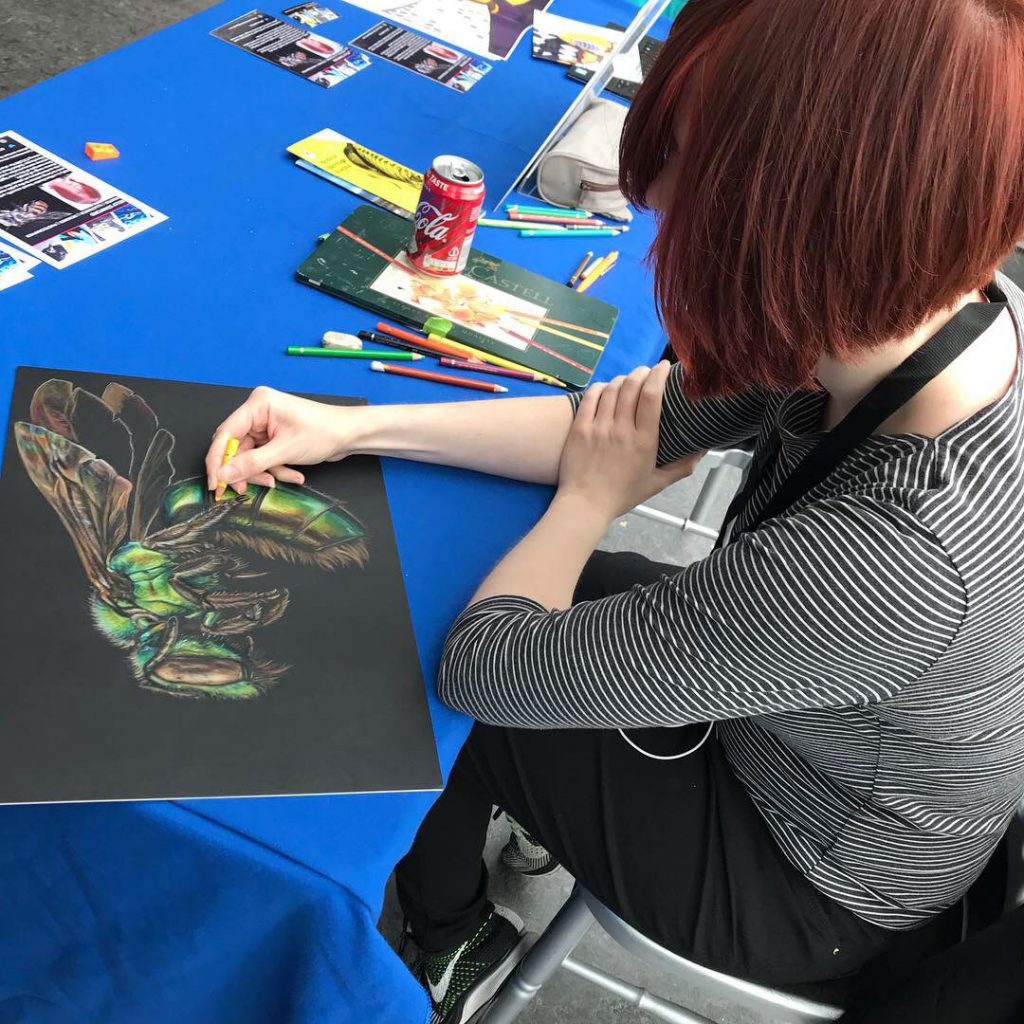 While doing my undergraduate degree in Art History at the University of Manchester, I made sure to continue developing my art on the side-lines while finding ways of incorporate science into my art historical writings (not an easy feat when the rest of the department isn’t familiar with science subjects!). I also started to mingle with the science departments on campus, leading to me befriending a bunch of physics staff, appearing on Stargazing Live and playing around in a lab doing Raman Spectroscopy on paint pigments to see what elements each was made of. During this time, I was seeing stronger and stronger ties between art and science; this was especially true when I realised most of the physics staff had a keen interest in the arts and some including Kostya Novoselov even made their own artworks in their spare time.

For my dissertation I definitely wanted to explore these themes further; luckily the Whitworth Art Gallery happened to have three prints from pop artist Eduardo Paolozzi’s last art series, The Turing Suite (2000), which was dedicated to the life of Alan Turning. This largely ignored body of work was originally thought to be purely aesthetic, but through my hours of research and visual analysis of the complete set held in Edinburgh, I found that each print contains references to the advancement of technology during the artist’s life. Paolozzi even used the series to question if art could be used as communication or if it was esoteric (so the sci-art was essentially questioning its own validity). 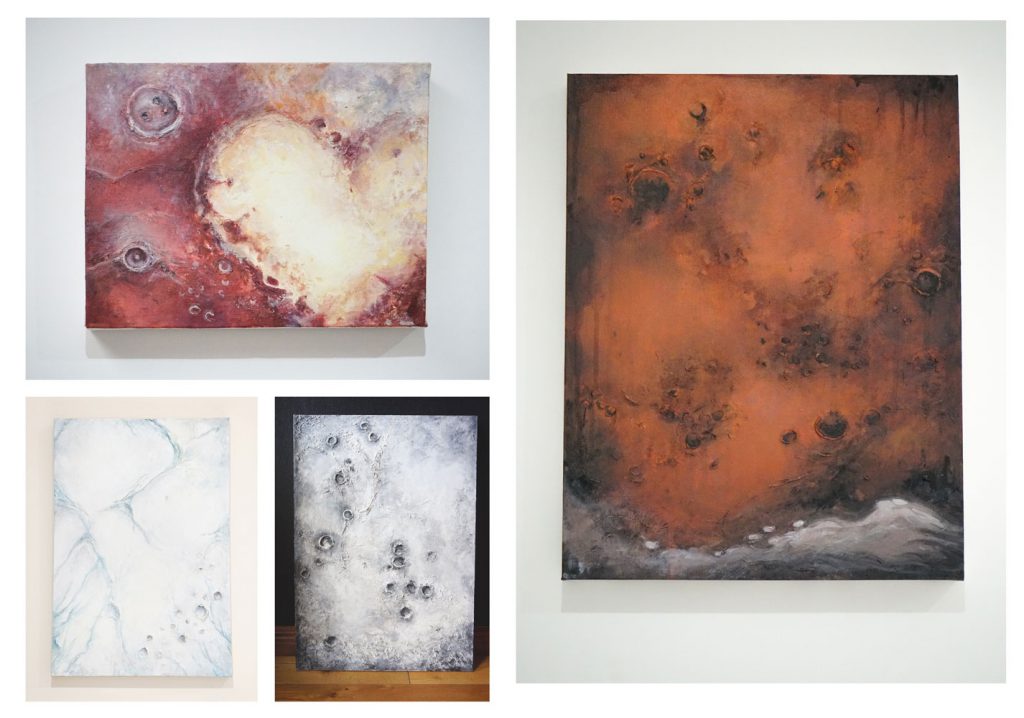 In summer 2018 I set out to create the STEM Bee, a 6ft science communication bee sculpture to raise awareness of Manchester’s past and present scientific heritage. The design infused imagery taken from Manchester-published research papers, portraits of famous scientists, facts, science poetry and even has the signatures of 80 local STEM researchers including a Nobel prize winner. The sculpture was part of the ‘Bee in the City’ art trail and sat outside Oxford Road Station for two months before being auctioned off, raising a staggering £22,000 for charity. I worked with architecture firm ARUP (made the Sydney Opera House) to develop a DIY bee hotel guide and run workshops around the city. My plans for this year are to both build on what I started last year but take it even further. I’ve already submitted three gorilla sculpture designs focusing on species conservation and space travel for Durrell’s art trail in Jersey which would be a great follow up project to the STEM Bee. 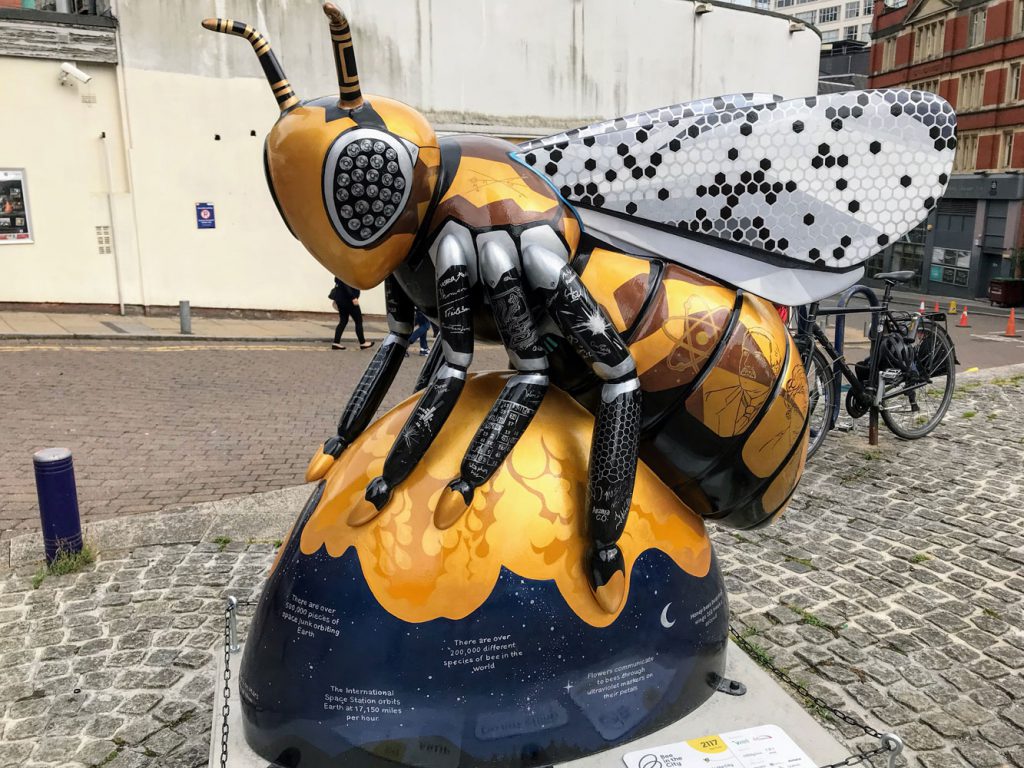 My current projects include my series of hyper realistic bee illustrations that I make using coloured pencil. I love looking through museum taxidermy archives and I found it fascinating how drastically different species of bees from around the world can be. I thought it would be a great way of educating people about this and make them pay more attention to the types of bee they may find in their backyard. The great thing about making scientific art is that it allows you to bring these subjects out into public spaces; with the bees I’m planning to have them exhibited in as many places as possible. A couple of bees will be part of a year long exhibit in the National Graphene Institute’s public gallery space next month so it will be great to see what the reception to them is! 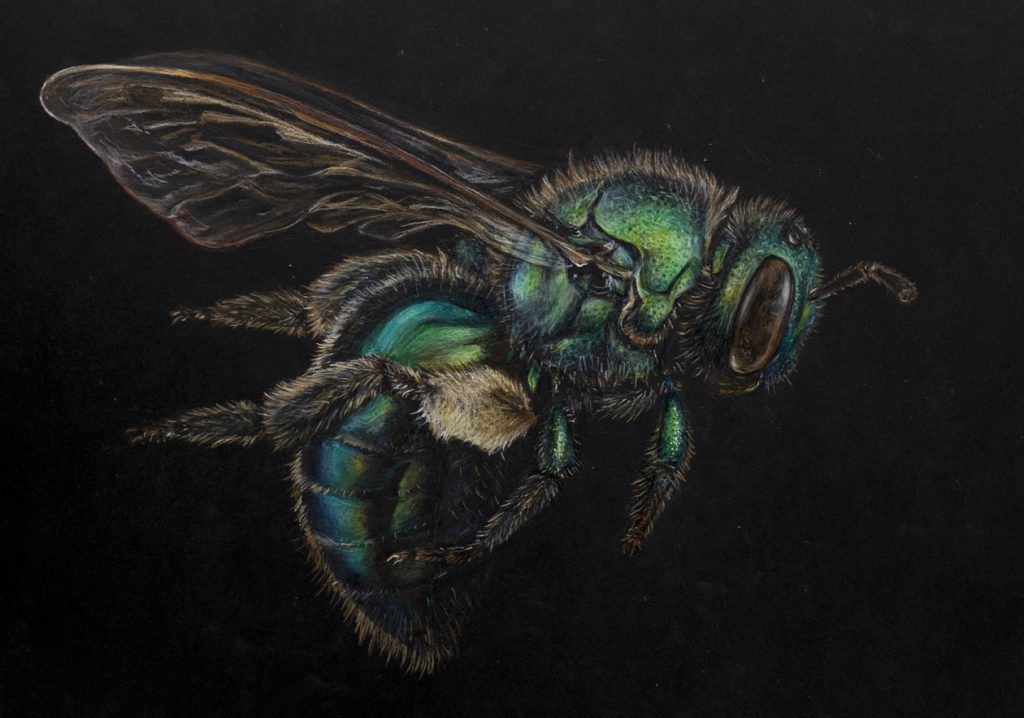 This year I am going to be focusing a lot more on the education aspect; hence why I have decided to collaborate with Steamship on their mission to implement art as a tool for teaching STEM. I am particularly interested in tackling the lack of school education on diseases such as Measles which are making a comeback due to a decrease in vaccinations against preventable diseases. I want to create accessible visual learning material that can easily be introduced, understood and help tackle the issue.