To conclude British Science Week 2019, The Palladian Academy trust schools held a STEM celebration event over two days at Ralph Allen School, Bath. All the schools in the trust embraced the opportunity to share their work with each other. Around 200 pupils were selected to represent their school and talk about the work their class had been doing, there was plenty of work on display to view and it was fantastic to see the achievements of all the pupils.

As part of the event STEAMShip were invited to attend the event and showcase some of our latest projects. Since the topic for this years science week has been journeys, we chose a few projects that tied in with the theme. 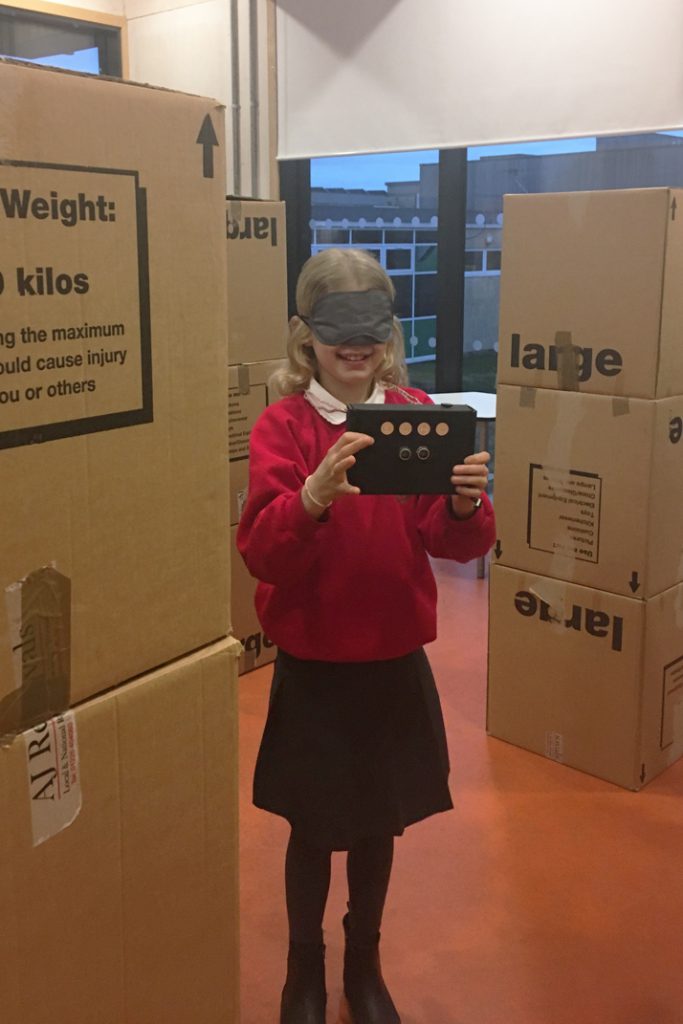 Our first piece of work was an installation for a new gadget that we have been prototyping called  ECHO. ECHO allows the user to experience moving round by using ultrasonic rather than sight. The pupils were blindfolded and given ECHO to hold in front of their face and asked to try and navigate through a maze of cardboard towers. At first some were a little hesitant but after a little practise many became natural at moving around this way. We showed them how ECHO worked and explained that many animals such as bats use this form of navigation. 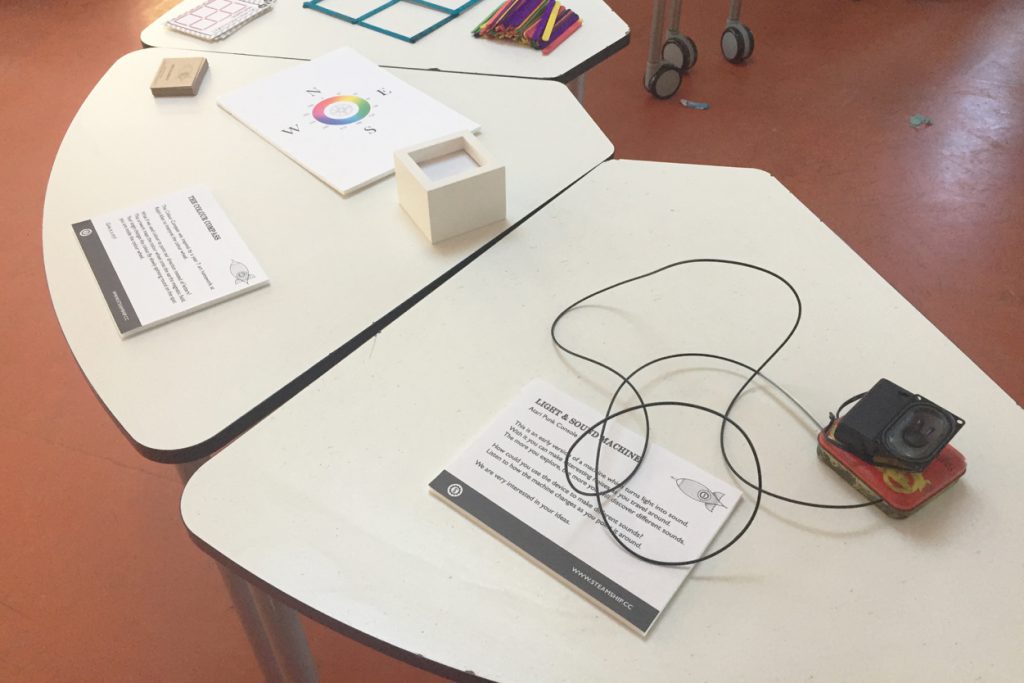 Alongside ECHO, we had several tables laid out for pupils to browse and select what they were interested in exploring. A hugely popular project was our light-sound machine which is documented in more details here. The machine uses a fibre optic cable to turn light into sound, the pupils were very engaged in this and spent a long time taking turns to carry it around the room, seeking different light sources and noting the change in sound. 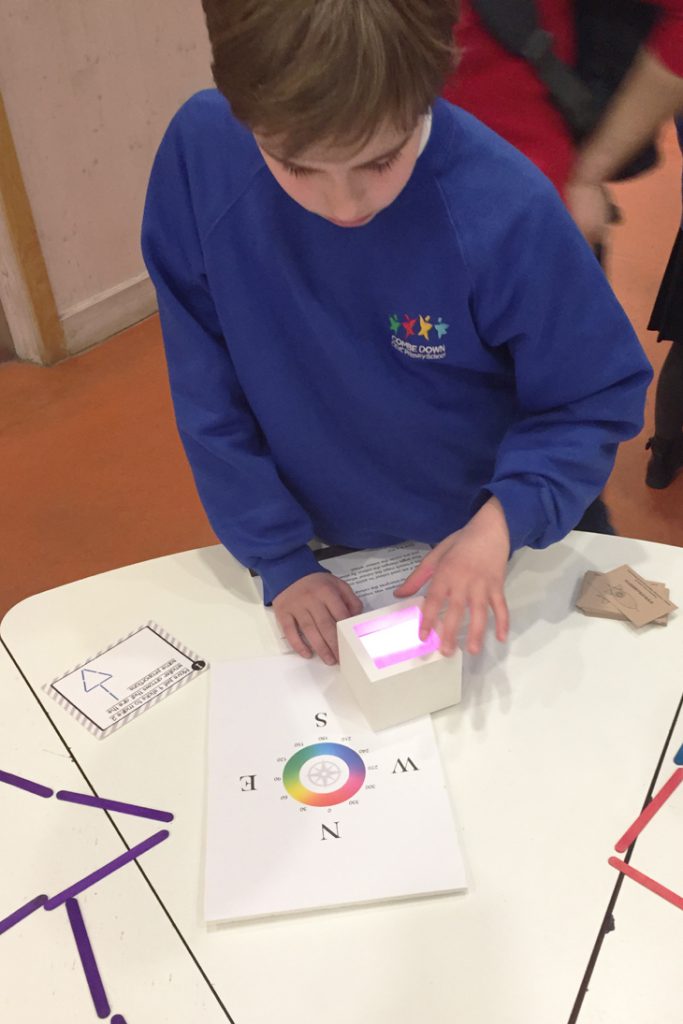 Carrying on the theme of journeys, we also showed our colour light compass. This unassuming Little White box, emits a rainbow of colours when moved around, it is connected to the earths magnetic field and changes colour depending which direction it faces. 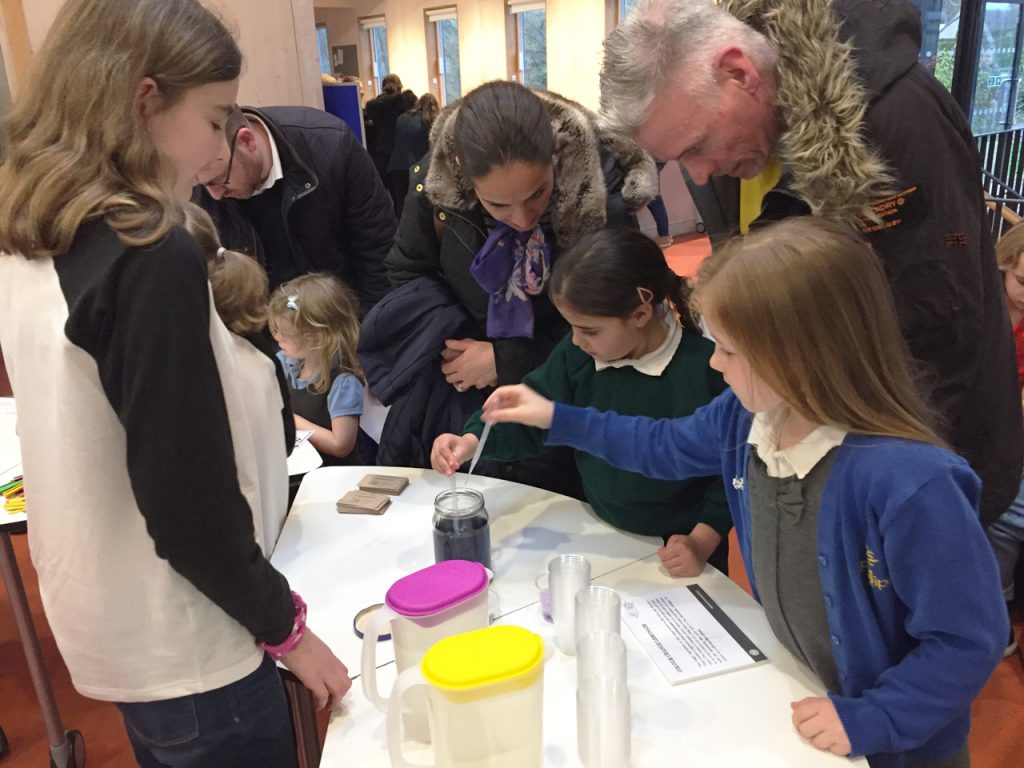 We also had a table for the pupils to try making their own colour changing lemonade as shown , this was hugely popular, no doubt because they were able to drink the lemonade afterwards! It was fascinating to watch the pupils who had already made a drink returning later with their friends and showing them how to do the experiment and explaining all the the science behind it all. 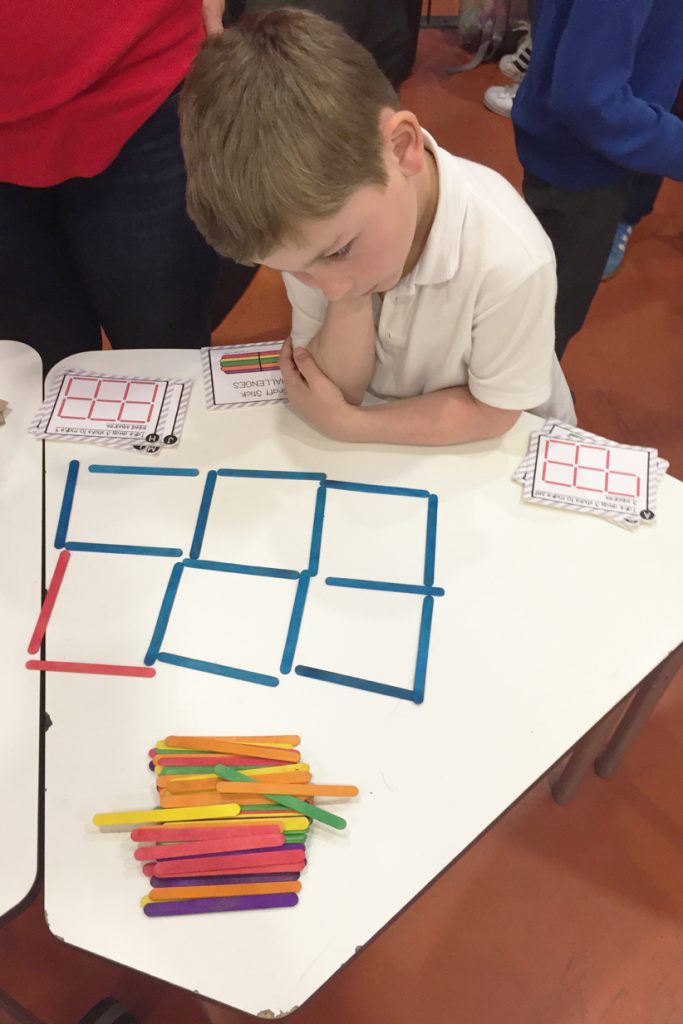 We also had a table with some simple maths puzzles for children and grownups to try out. And UUVEE made a special appearance as well. 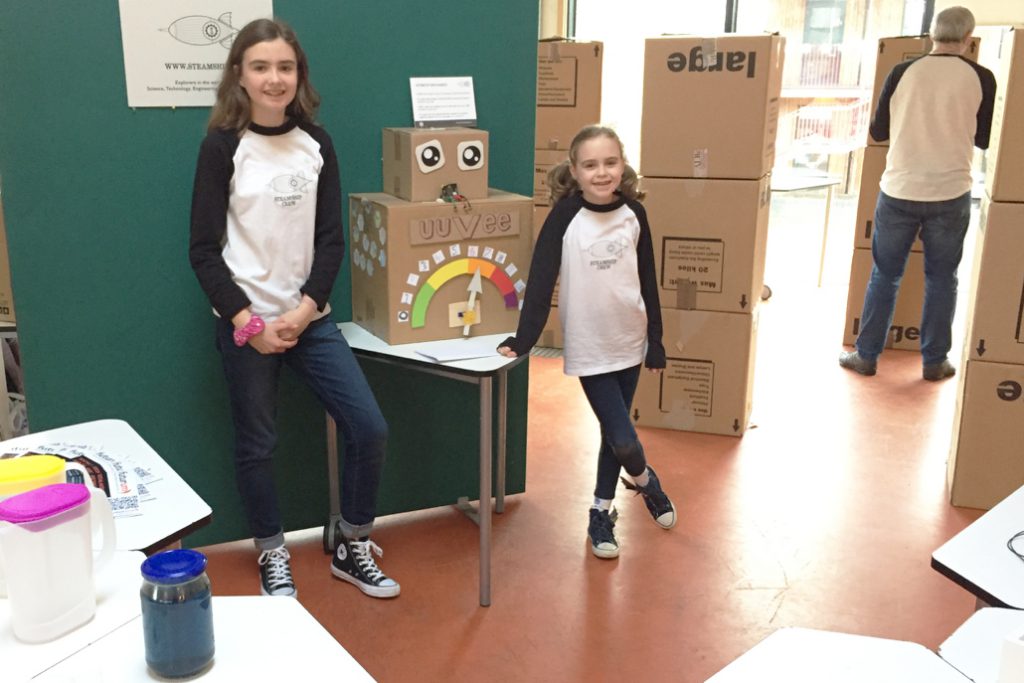 Overall the event was an astounding success, the pupils were all fascinated and asked lots of practical questions about all the projects. A lot of parents really enjoyed seeing our approach of adding creativity to STEM subjects and could see how it made it more engaging for their children. The highlight for us was probably overhearing a young boy tell his mum that he’d definitely learned something with us.